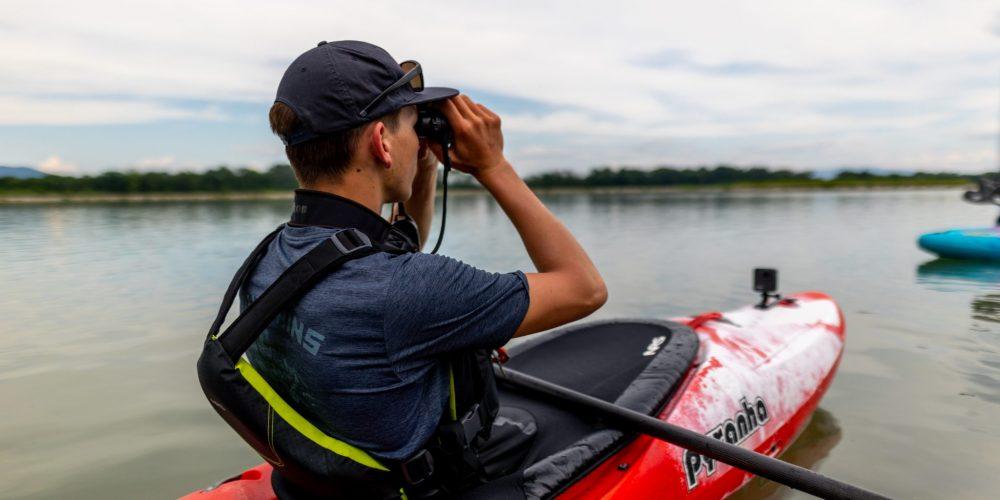 BRT5 Bird Census of the Sava River in Slovenia

Whitewater kayaker and ornithology expert, Bor Mihelič, was a part of the BRT5 crew for the entire descent of the Sava, performing a bird survey in the nesting season of the entire 258 km of Sava River in Slovenia – the first continuous survery of this kind. His data and findings will soon be shared and we hope they will provide a base of data which local conservation groups can use to further protect stretches of the Sava.

Bor has been an active member of DOPPS since he was a child, and recently he has been involved and specialized in several surveys of cryptic and difficult bird species as Capercaillie, Black grouse, Hazel grouse, Corncrake and especially water birds, specifically regularly monitoring Kingfishers, a Natura 2000 species in Slovenia. Every year he participates in the International Midwinter water bird count (IWC).

BRT5 provided a unique opportunity to monitor the entire stretch of Sava in Slovenia for waterfowl in the nesting period in one go, by a kayak. Along the way he recorded each water bird and its location. He was especially focusing on the following Natura 2000 species:

The gathered data, once analyzed, will be very important for future research and comparisons, since many parts of the river are not accessible to the fieldworkers from the banks. We will look into the density and species diversity of birds in the various parts of the Sava and of course the impact of HPPs on birds.

Results of the study coming soon!