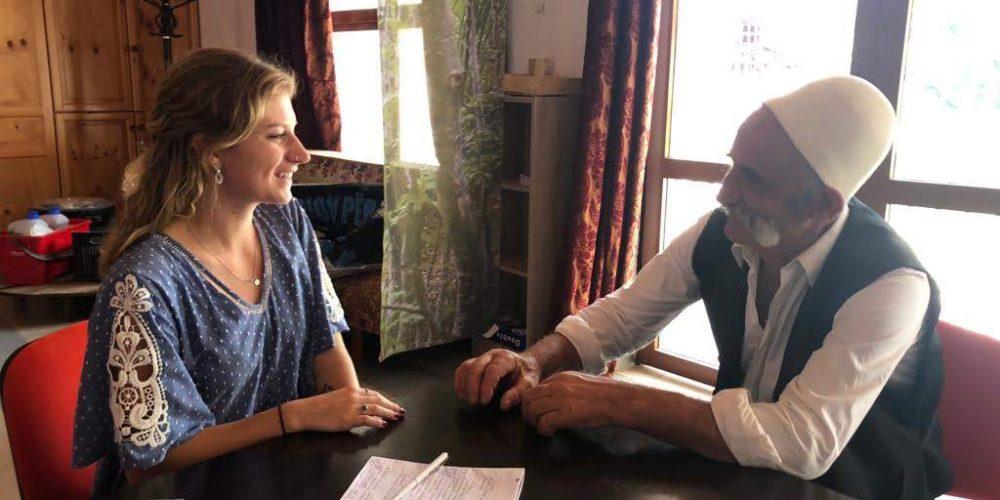 I first heard about the plight of Balkan rivers last November during a lecture given by Vera from Balkan River Defence. As I had visited this beautiful region the previous summer during a holiday, I was devastated to hear how the rapid construction of hydropower threatens the rich biodiversity of these ecosystems. I immediately felt inspired to help the cause by using the skills I have gained during my University studies. I was put in contact with Catherine Bohne, who runs the NGO TOKA which aims to conserve the Albanian Alps and is devoted to fighting hydropower development within Valbona National Park.

“It’s a miracle what nature gave us, it is beautiful” 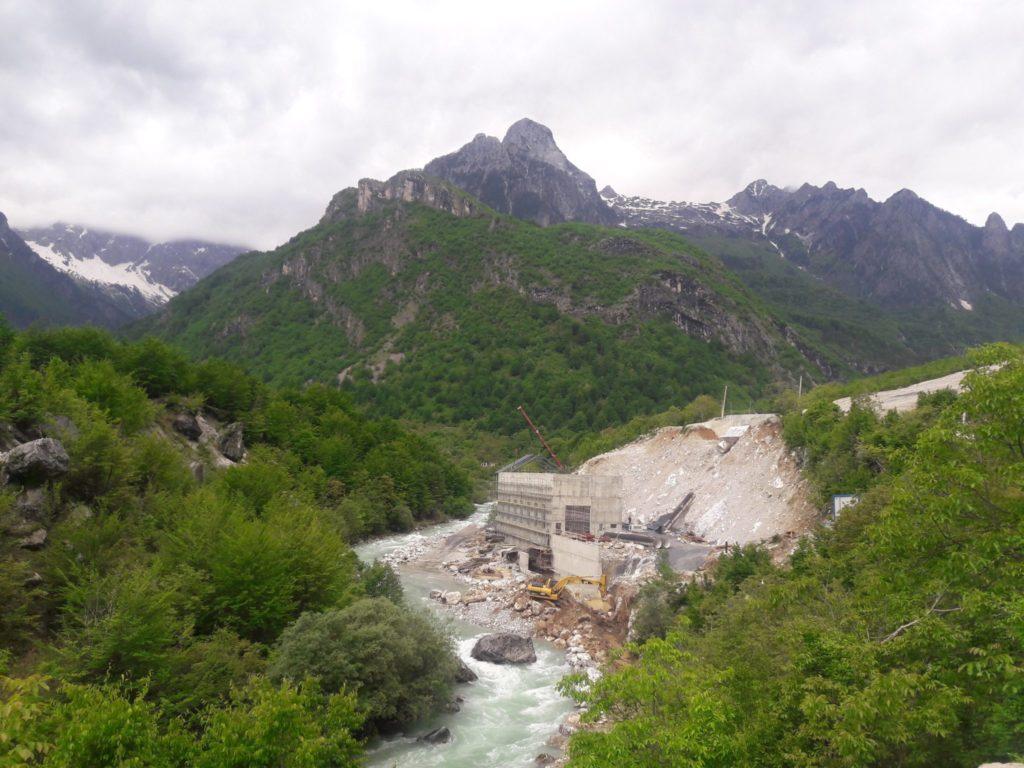 A hydropower plant in construction on Valbona River

Relevance to my degree…

Currently, I am studying a Masters in Global Health, a field which aims to reduce health inequalities in the face of social, political and economic change. Through further reading I have found that the negative environmental impacts of hydropower are not only detrimental to flora and fauna in the area, but also lead to social impacts that influence the lives of local people. My degree culminates with a thesis which has been the perfect opportunity to be able to conduct research on how hydropower may be impacting upon the lives of local people. I decided to focus on the influence of hydropower on mental wellbeing, as this is something that has received little attention thus far, throughout hydropower construction not only in Albania but also worldwide.

During my 5 weeks in Tropoja, Northern Albania, I interviewed 15 local people, a majority of whom live in communities dependent on Valbona River  (the largest river in the Eastern Albanian Alps). During interviews that took the form of friendly chats (fuelled by turkish coffee, cheese, walnuts and, of course, homemade rakia), I have been humbled by their unbeatable hospitality, and truly admire the strength communities have demonstrated while fighting for the right to use their river as a means to survive, as their ancestors have done for hundreds of years. Listening to how Albanian people have been disregarded when hydropower developers decide to exploit yet another section of river is a stark reminder of how extreme power and wealth inequalities are increasingly harming the most vulnerable in society. 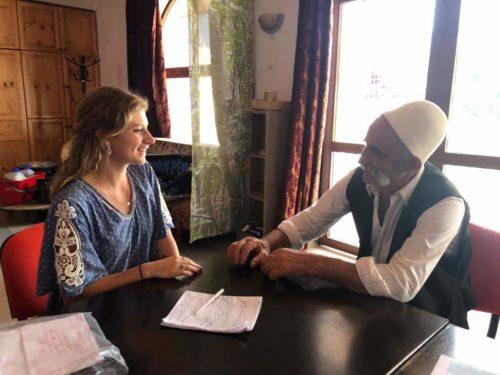 Local people were keen to share their experiences of hydropower development

While in Albania, I was lucky enough to attend an American Bar Association publication launch in Tirana, which highlights the human rights violations against residents of Valbona National Park during hydropower development. It was inspiring to see different organisations, such as WWF, UNDP, and TOKA, working together alongside local people in the fight against hydropower, and the event was surprisingly positive despite tackling such an upsetting issue.

While I am yet to transcribe all the interviews and write up my findings, some key issues can already be identified. When the hydropower plants are in operation, there will be problems, such as water shortages, which are detrimental to agriculture, fishing and everyday living. The loss of biodiversity also impacts upon the cultural value of Valbona; local people repeatedly mentioned the natural value of the river, and the mountains that surround it. These issues have impacts upon the wider society such as community disintegration as younger people are forced out of their family homes to build a life where they are not threatened by water shortages, and tensions within the community. A word which came up many times is “justice” (or lack of). People here are aware of the stark inequalities that surround them and call for justice; many believe the courts are never in their favour, but in the palms of those with money. How are they meant to achieve justice? All of these issues culminate in feelings of stress and anger, particularly in regards to uncertainty of the future of their river, and therefore their lives. Undoubtedly mental wellbeing will suffer, however I am yet to formally conclude my findings (if all goes to plan, my project will be finished in August). I am hoping that this project will contribute to existing evidence that questions the true sustainability of hydropower, and highlights that health, both mental and physical, must be taken into account prior to, during, and post construction of any economic development that exploits the natural environment. 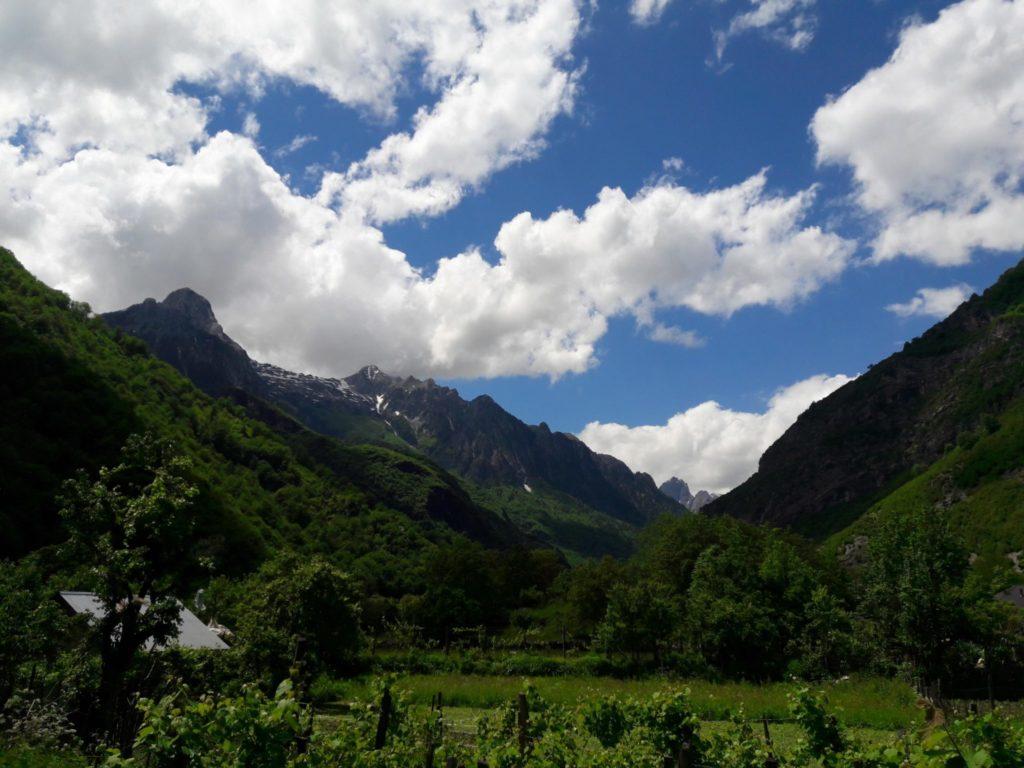 Communities work with nature to make a living from the land around them; this is increasingly threatened by hydropower

The experience I have had in Albania has been phenomenal. Not only have I realised what values and approaches I should use in my future career, I have also become aware of a fight I didn’t know existed a year ago. I have met the most incredible people who show such resilience in the face of adversity, which can only be described as an inspiration. I have fallen in love with Albania – so much so I am already planning my next visit!

If you would like to find out more about my project, or be sent the final paper, you can email me at t.hartland@student.maastrichtuniversity.nl.