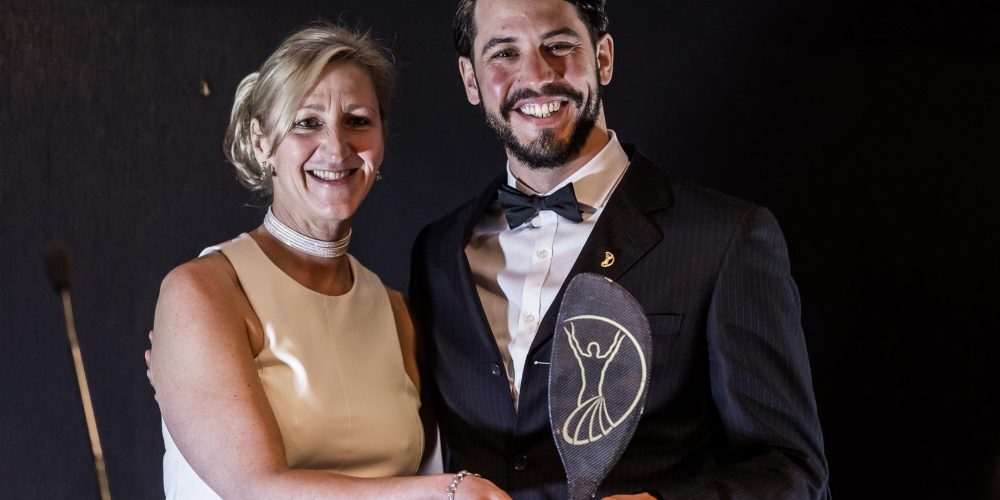 »Golden Paddle, the award by academy World Paddle Awards, is a confirmation that the project has reached the global scale,« Rok Rozman, former Olympic rower, extreme kayaker, biologist and leader of the Balkan Rivers Tour.

The Balkan Rivers Tour project connected people from 18 countries who paddled 23 rivers in 39 days. The project begun in mid-April on Sava River in Slovenia and concluded on the Vjosa River in Albania. Over 500 kayakers and 1500 activists joined the team.

Rok Rozman, the laureate of the Foundation Award obtained the prize for his work on the Balkan Rivers Tour, biggest European River protection action. The project included peaceful protests, petitions to national governments, corporation, informing media and locals with the presentations and public events. (http://www.worldpaddleawards.com/news/breaking-news-winners-of-the-2016-world-paddle-awards-announced)

World Paddle Awards is held annually, celebrating most remarkable man and women form the world of paddlesports. Not only sports achievements, but the awards also recognize the organizations in the community and honor the hard work they put into paddlesport. The Foundation Award is intended to projects with wider social and environmental impacts, that is why Balkan Rivers Tour was nominated for. Rok Rozman is the first Slovenia Golden Paddle laureate, although there were other Olympic kayakers nominated in the past.

»Stop the dams in our minds and our rivers!«

Project Balkan Rivers Tour has brought the spotlight to devastating consequences of dam construction project on Europe’s last wild rivers. There are 2700 dams planned on the Balkan Peninsula, some of them even in protected areas. The team of has enlighten the global public about this projects and how these will affect the life in and beside the river which cannot be mitigated. Birds, fish species and clean rivers are the best investment in this millennia. Balkan Rivers Tour puts great emphasis on biodiversity and quality of life along rivers, not just ecological value, but also as tourism opportunity.

Laureate project Balkan Rivers Tour problematizes the dam craze on the Balkan rivers that are our natural and cultural heritage.

»Dedamming starts in our minds, our project demolishes arguments on green energy. Slovenia and the Balkans don’t need new dams, but the conciseness that we still have these natural gems that non-other part of Europe has. Wild rivers are source of inspiration, interconnection and opportunity for sustainable tourism. Way better choice than concrete,” concluded Rok Rozman.

Whole Balkan Rivers Tour crew would like to thank everybody who voted for Rok Rozman in the process of announcing the winner! Things we do would not be what they are without you, so let’s keep on doing the good work together.