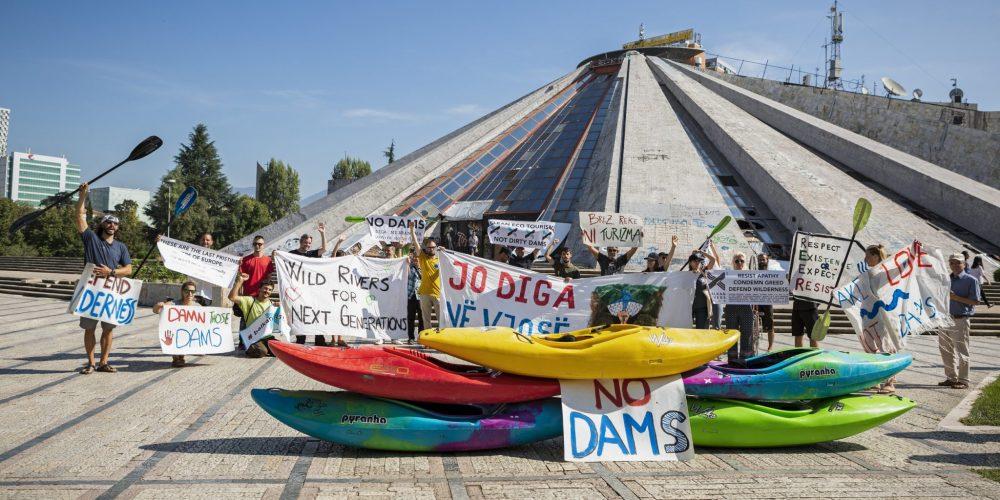 Balkan Rivers Tour 3 has officially started… on the road and on the water!
Starting in Albania we are heading north through Macedonia, Montenegro, Bosnia and Herzegovina, Croatia ending in Slovenia. Six countries, 32 days and 17 events including film premiers of our documentary The Undamaged, street protests, creative actions and lots of kayaking. 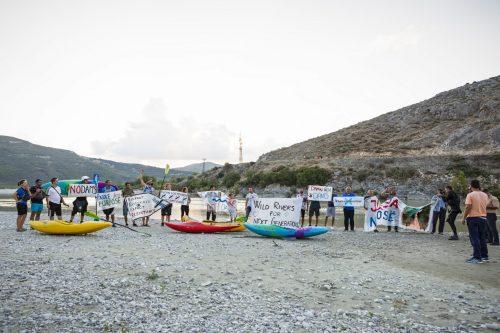 On day one we hit the water, kayaking the largest free flowing river left in Europe – the mighty Vjosa. What a way to kick off the tour, celebrating a river that so many locals have worked so hard to protect?! So, it seems fitting that we had the first (of many) premiers of The Undamaged after a long, sunny day on the water. The EcoAlbania crew and Kuta villagers made sure these first days were filled with passion and support. Greed has smaller chance of succeeding each day with these guys around! 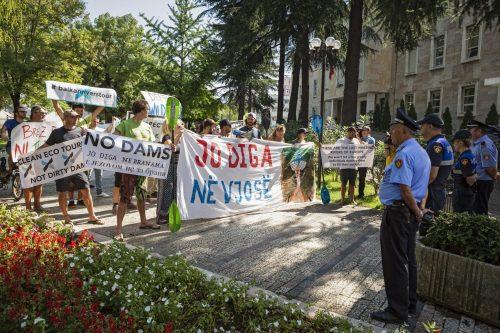 Then, on to Tirana where we were met with lots of ideas, enthusiasm and energy as we screened the film on Sunday September 9th then hit the streets on Monday, day 4 of the tour where we voiced our demands to Albanian Prime Minister Edi Rama in front of tons of local, national and international media. We demand that he permanently cancels all dam plans on the Vjosa and declares the river a Wild River National Park. Set an international example and proudly share your river rather than destroy it with concrete!

On the ground things are rolling – we are gaining momentum, getting on the water and getting loud in the streets making real demands to real protection for rivers.

But trying to share our progress with people through social media we are meeting some serious roadblocks. Facebook has been blocking our posts so that we aren’t able to reach as many people as usual. Apparently, a photo of a nicely decorated trailer kitchen is ok, but when people take to the water or the streets with signs and a message, the corporate world wants to push us down and shut us up. Interesting eh? I guess you can only use social media for certain social messages…

Can’t make it down to Albania…

Watch some of the local new coverage to get a feel for the fun vibe! This video is charged with energy!