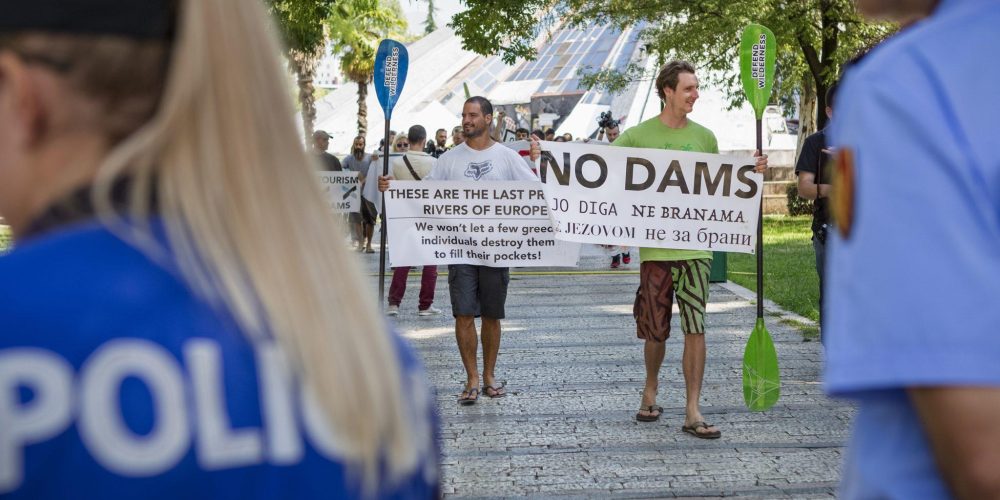 Balkan Rivers Tour 3 started off where the first tour ended; the streets of Tirana, Albania. BRT3 has a simple formula and builds off the energy of the first two tours. In each major city and one river-side or rural city of the six countries this tour stops in, the team screens their feature-length documentary, The Undamaged. The film tells the story of how this kayaker-led river defence movement started, spotlighting locals who speak emotionally and energetically, dispelling the myth that hydro is green energy. After the screening a day of paddling and adventuring is planned, often giving locals a chance to get in boats and get on the water. And then, with the emotion and energy of the film and time on water, a creative action or protest is organized, to make some noise and some clear demands protecting and preserving specific local rivers threatened by dams. 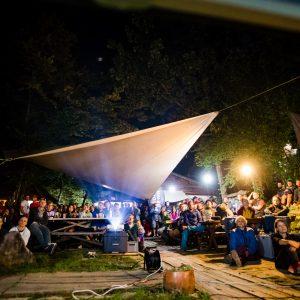 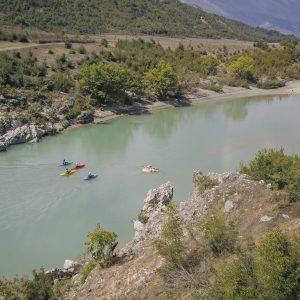 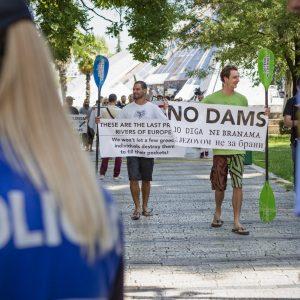 The team got to spend time on Albania’s Vjosa River, Europe’s largest free flowing river. Her braids and width are a reminder of what a natural and wild river looks like. Paddling along her, you’ll pass through villages where people have lived off the water of the Vjosa for thousands of years. Paddling proves that eco-tourism can bring more to this valley than a hydro dam ever could. 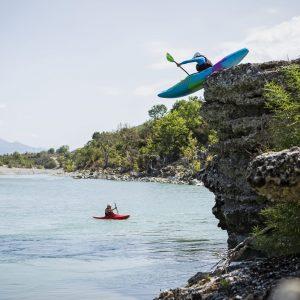 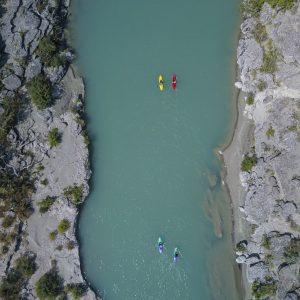 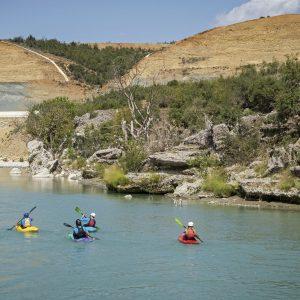 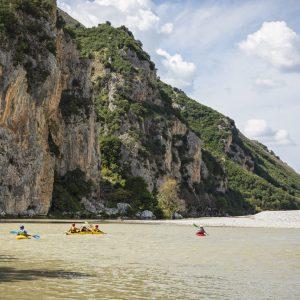 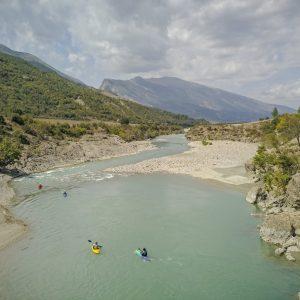 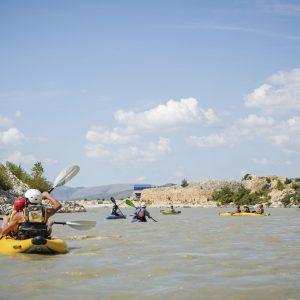 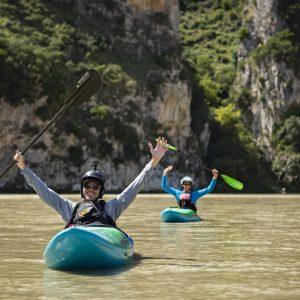 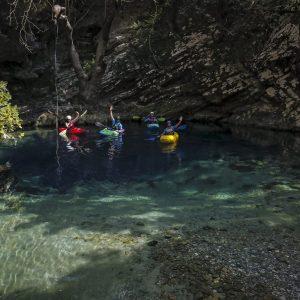 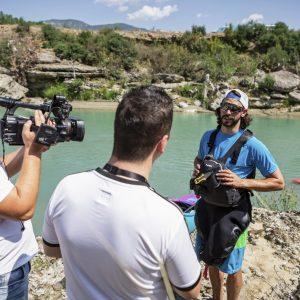 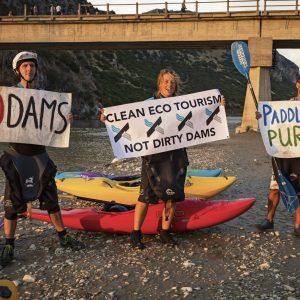 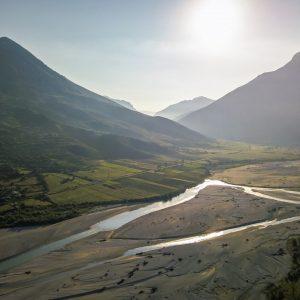 In Macedonia a bright and loud creative action stopped traffic in front of the Parliament buildings. After some hiking in Mavrovo National Park we were chased away from a dam that creates enough energy for just 5 houses. After screening The Undamaged, the team tried to connect the dots, introducing neighbours and villages to each other and ideas of how they can work together to stop these dams. They also met Aleksandra, the government-suing lawyer who has more guts than anyone else in the country and who is still barging ahead with exposing and taking down those ruining the rivers of her country. 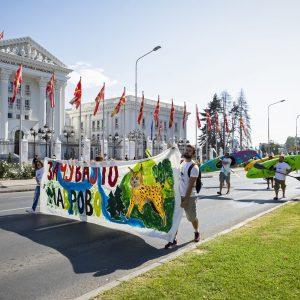 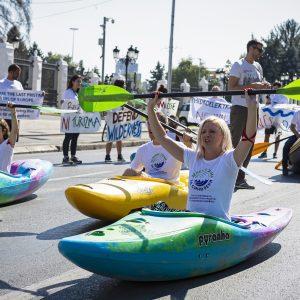 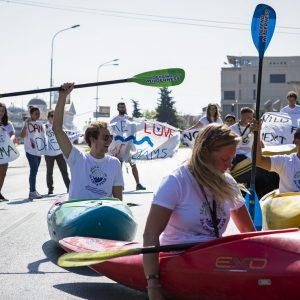 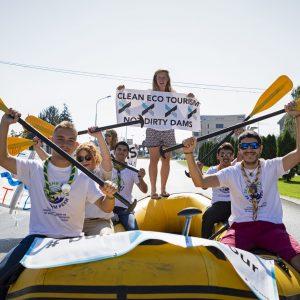 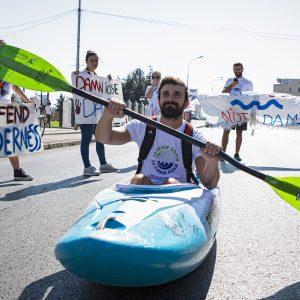 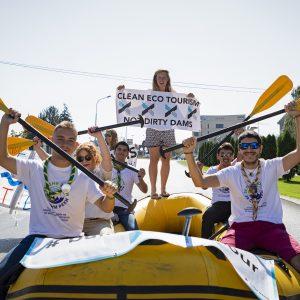 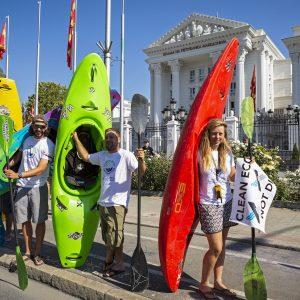 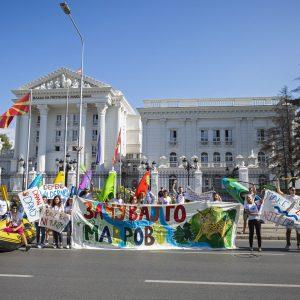 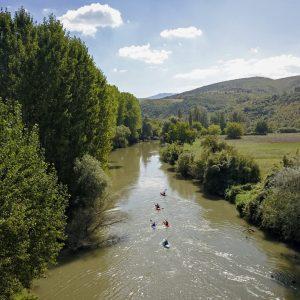 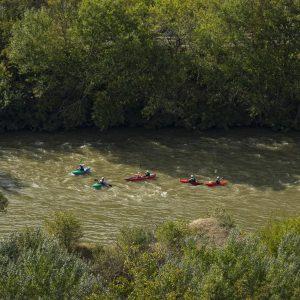 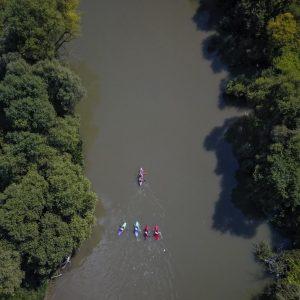 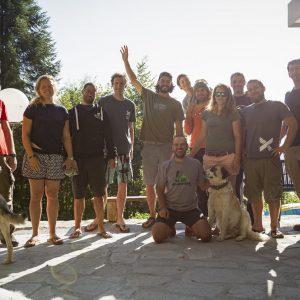